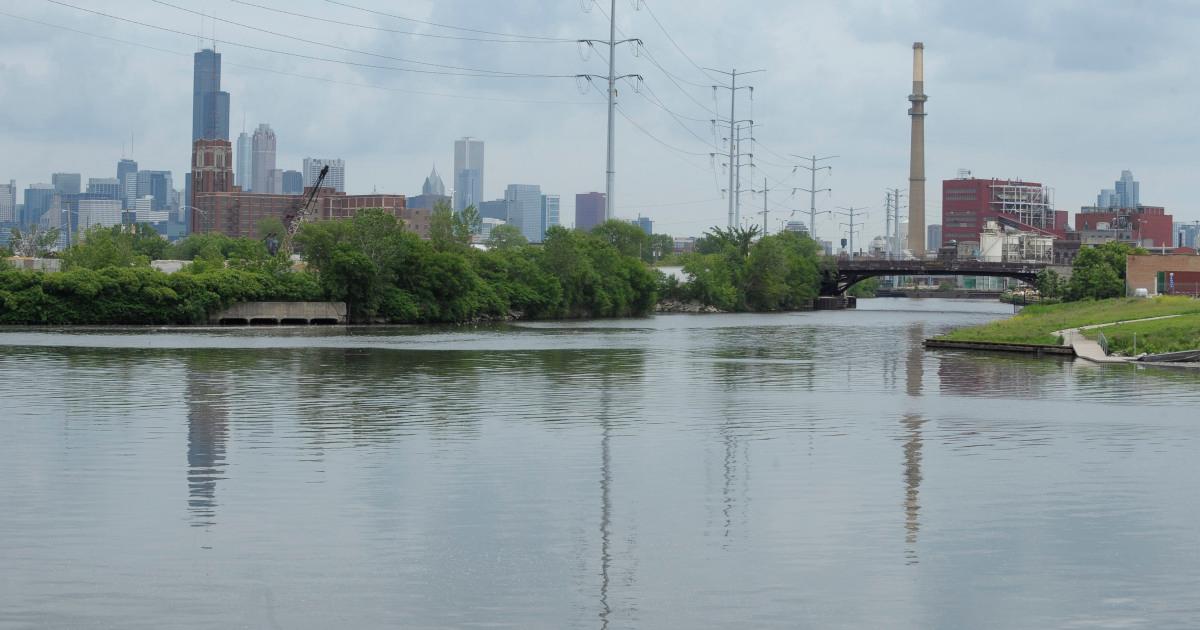 The South Fork of the South Branch of the Chicago River, widely known as Bubbly Creek.
December 22, 2020

The bill funds the U.S. Army Corps of Engineers’ Bubbly Creek Integrated Ecosystem Restoration Feasibility Study and Environmental Assessment Project, an important next step to restore healthy aquatic and riparian habitats at Bubbly Creek to protect urban wildlife and migratory species that are under threat from the loss of habitat and the increasing effects of climate change.

In 2004, Friends of the Chicago River, the City of Chicago, U.S. Army Corps of Engineers and other partners launched the Bubbly Creek Recovery Initiative to lay the foundation for investment in habitat functions, in-stream structure, and the planting of native plants in this reach of the Chicago River system.

“This critical funding will allow the Army Corps to begin the healing process for Bubbly Creek which is one of most abused reaches of the entire 156-mile river system,” said Margaret Frisbie, executive director of Friends of the Chicago River. “This investment in ecological health will benefit people and wildlife and compensate for more than 100 years of abuse.”

Bubbly Creek was originally a prairie slough/wetland that meandered slowly with its water flowing into the South Branch and eventually towards Lake Michigan. Frisbie added, “We have already observed beavers, turtles, herons, kingfishers, hawks, and a host of other bird species, including migratory waterfowl and songbirds in the vicinity of Bubbly Creek. We know that with the work planned, broader wildlife populations will be supported in the future and that Bubbly Creek will emerge as a vital community asset.”

The bill also authorizes more than $557 million in federal funds for the Brandon Road Lock and Dam in Joliet, Illinois to support commerce and prevent the aquatic invasive species Asian Carp from reaching the Chicago River system or the Great Lakes. Friends of the Chicago River is part of the Chicago Area Waterway System Aquatic Invasive Species Stakeholder Committee which includes representatives from 40 public and private stakeholders working to prevent Asian Carp in the waterway system.

“Authorizing an Army Corps feasibility study for the Bubbly Creek Project is a critical next step towards the restoration of this important segment of the Chicago River,” said U.S. Senator Dick Durbin. “The Bubbly Creek Project has been years in the making, and I will continue working to advance this project and to protect and improve the Chicago River.”

U.S. Representative Sean Casten said, “I’m proud that so many important Illinois water infrastructure priorities were included in the appropriations omnibus and emergency coronavirus relief bill. The package includes the legislation that funds U.S. Army Corps of Engineers projects to improve flooding mitigation, protects the Great Lakes, and safeguards our environment and lake shorelines from the impacts of climate change. I’ll continue working with my colleagues in the Illinois delegation critical infrastructure projects for our state and region.”

“Bubbly Creek is an asset for our communities in the Southwest Side who deserve access to a healthy and clean river where wildlife can thrive,” said Congressman García. “I’m proud that the omnibus spending package I voted for includes robust investments to protect our natural treasures, including the Great Lakes and the Chicago River. This is an important step to restore Bubbly Creek and protect our environment.”

Frisbie added, “We look forward to working the U.S. Army Corps of Engineers and our partners to meet the ecological objectives of this important restoration project and to help spur environmental justice for communities along the Chicago River system.”