Google Street View for the River: Take a Virtual Tour Down the River 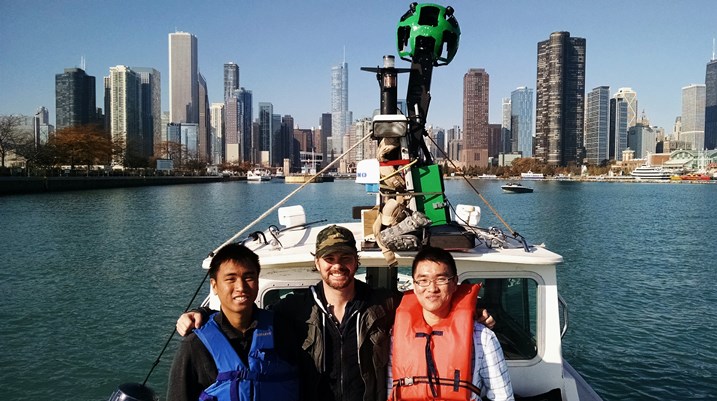 Friends of the Chicago River is thrilled to announce that the Chicago River has joined some of the few rivers in the world including the Thames, the Seine, and the Hudson in being Streetviewed by Google. On an expedition initiated by Friends’ board member, Kevin Hartman, Google’s head of analytics, members of the “Streetview” team captured the mystery and the majesty of the river when drivers took their tools to the water where they traveled the Main Stem, up north around Goose Island, and down into Bubbly Creek to bring the river to life for people around the world.

The river has never been more accessible to people and Google Streetview for the river makes it even more so. It is astonishing to see the river this way and people are going to love it, said Margaret Frisbie, Friends’ executive director.

The Chicago River is emerging as a center of life in the city of Chicago and beyond. This last year, we celebrated the newly expanded Chicago Riverwalk, improvements in water quality, investments in wildlife habitat, and increased public access. By making the river healthier and more acceissible, it has become a catalyst for community revitalization and economic development.

Google’s Streetview river will allow people of all ages to discover the river, see what it really looks like, and figure out how they can use the river themselves. This easy to use navigational tool is like a boat ride down the Chicago River people can enjoy at any time, from anywhere they can use a computer or mobile device. -- Kevin Hartman, Friends' board member and Google's head of analytics.

The Chicago River “Streetview” can be accessed at http://bit.ly/1J5jcX0 or by dragging the Google Maps people icon and placing it on the river.