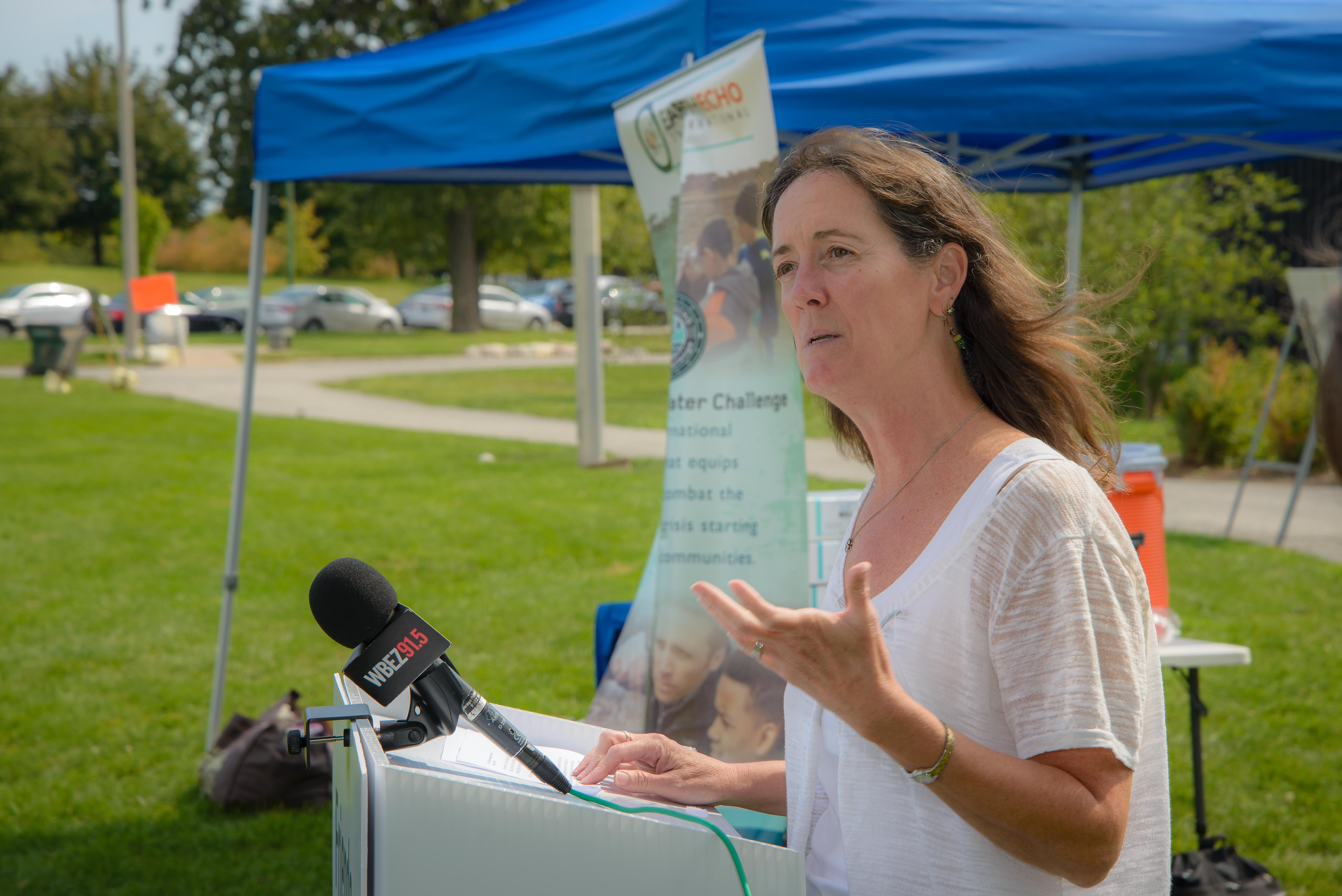 Friends of the Chicago River Executive Director Margaret Frisbie released this statement on the selection of Brian Perkovich as the new executive director of the Metropolitan Water Reclamation District.

Friends of the Chicago River congratulates Mr. Perkovich on his selection as executive director of the Metropolitan Water Reclamation District and look forward to working with him in promoting and protecting the Chicago River system. The new director inherits an influential position that impacts this increasingly popular blue/green corridor that is now established as a favored recreational option, aesthetic gem, and critical habitat for fish and other wildlife.

While the river has improved dramatically over the nearly 40 years since Friends of the Chicago River was founded, there is still more work to be done.

One of the goals set forth by the Clean Water Act is that all waters of the United States must be clean enough for people to swim in and healthy enough for fish to reproduce. The MWRD has enormous power and influence to ensure that we meet these goals for the Chicago River.

We continue to press for the MWRD to install disinfection technologies at its Stickney plant, the largest treatment plant in the world, as it has at its O’Brien and Calumet plants. This spring’s record rainfall called attention to another issue that must be addressed: combined sewer overflows (CSOs), which release untreated sewage directly into the waterway when the Tunnel and Reservoir Plan (Deep Tunnel) system is at its limit.

To stop CSOs, which typically happen during and after heavy rainstorms, completion of the last reservoir is a priority, but it is also essential that we develop a comprehensive green infrastructure plan with all of the partners in the watershed. The MWRD should lead the way. Green infrastructure allows valuable rain water to infiltrate the earth rather than be thrown away like garbage and channeled away downstream.

Friends also calls for a strong and enforceable Watershed Management Ordinance that embraces green infrastructure, protects open space, and rewards environmentally friendly practices and the MWRD employing their own land use strategies that do the same.

Improving dissolved oxygen levels for the whole river system, especially the North Shore Channel, Bubbly Creek and the Little Calumet, as well as lowering phosphorous levels, should be among the new executive director’s top priorities as well. We pledge to work with him to help accomplish these necessary tasks.