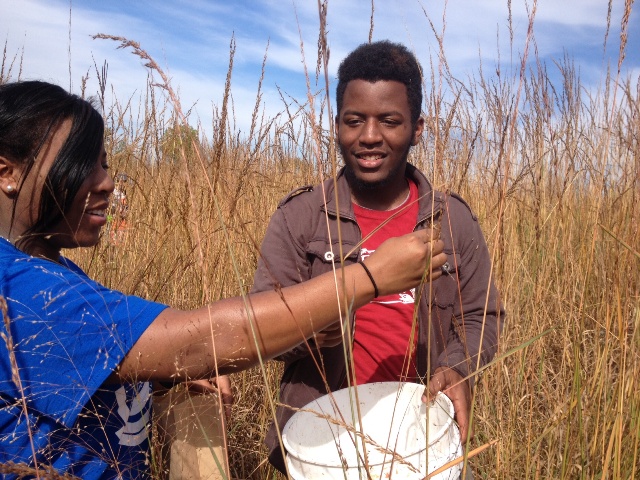 The fall season is time to harvest seed from native plants to be spread this coming spring. Join Friends, and our partners at Centennial Volunteers, to collect seed at numerous workdays this month (October). Re-seeding is an integral part of land restoration following the removal of invasive plant species. The result is improved biodiversity and ecological health in the Chicago and Calumet river basins. Native plants also support a greater number of animals, trap more stormwater than invasive species, and are a key component to natural flood and erosion control.

Native plant coverage is increasing at several locations. The Natural Areas Assessment survey conducted by Friends this summer (see page 8 of the fall 2020 River Reporter) showed that overall native plant coverage has increased to nearly 70 percent at 14 targeted work sites that comprise the survey, impacting over 400 acres-the highest percentage total since monitoring began in 2016 when the average was 46 percent. The assessment, which includes 12 forest preserve sites in northern and southern Cook County, the city of Chicago as well as two Chicago parks, also found sustained improvements in plant quality and diversity over the five year period at all sites.

Seed collection and distribution follow protocols outlined by Forest Preserves' ecologists and trained volunteer leaders. Forest Preserve policy is to re-spread seeds from where they were harvested or appropriate nearby locations. This approach is based on the belief the seeds will grow better because they evolved under similar environmental conditions. The use of local seeds is also a way to maintain genetic integrity.