The Comeback of Ospreys 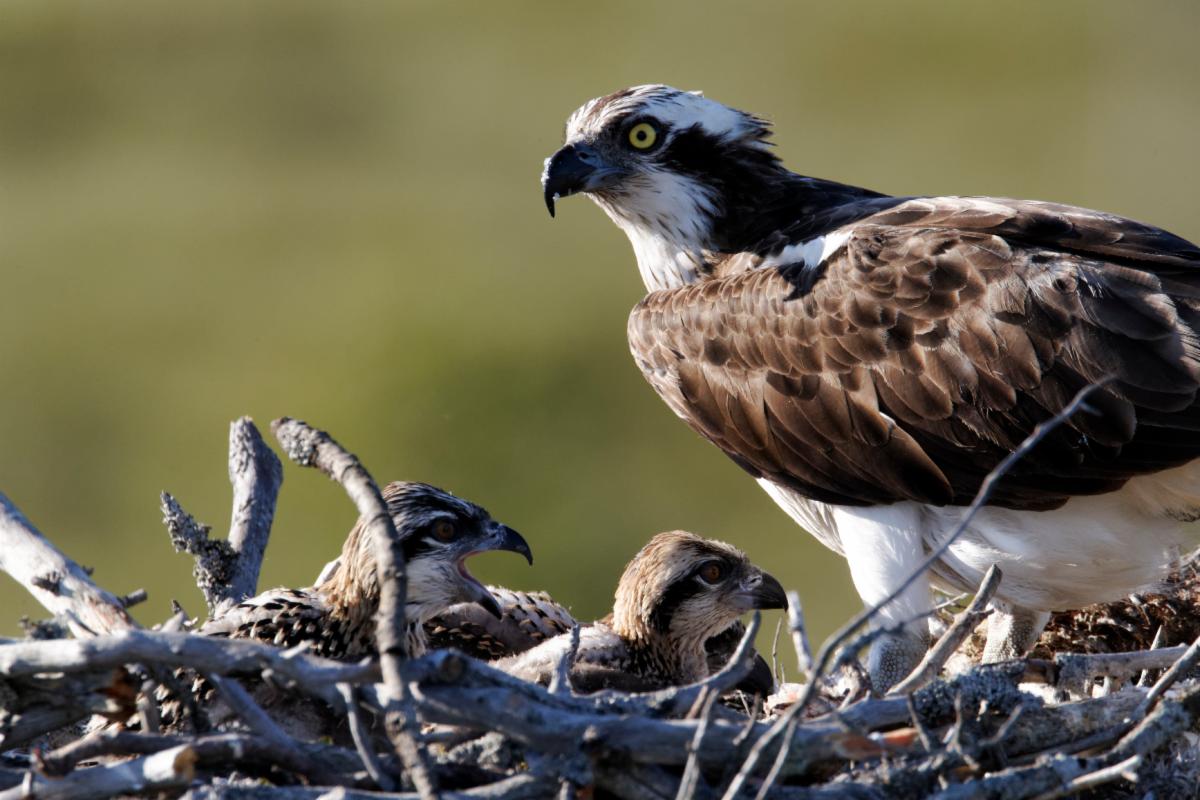 Ospreys have made a comeback in Cook County. A recent Chicago Tribune story profiles a successful wildlife program of our partners at the Forest Preserves of Cook County to install osprey poles and platforms “to create a safer version of the birds’ preferred treetop nesting habitat.” Friends joined this osprey effort in 2015, installing five nesting platforms at river-edge preserves.

A threatened species in Illinois, ospreys all but vanished over 60 years ago due to habitat loss and widespread pollution in the 1950s and ‘60s including the pesticide DDT which was banned in 1972. “This season, 14 nesting pairs settled down on platforms as high as 90 feet throughout the county; 11 of those pairs survived the summer, after tornadoes ripped through the suburbs,” the Tribune reports. There are 20 nesting sites throughout Cook County. The platforms provide easy access to fish and allow a 360° view, which osprey prefer to protect their young chicks from predators such as the bald eagle.

Friends’ Executive Director Margaret Frisbie told the Tribune that ospreys represent how important each individual piece of an ecosystem can be in aiding the return of some species. Fish need clean water and suitable habitat; ospreys need fish. “But if you don’t have the places where they can reproduce, all the other work is almost in vain,” Frisbie said.

Learn more about ospreys on our Inside, Out & About podcast featuring Beaubien Woods which includes an interview with Chris Anchor, a biologist with the Forest Preserves, who was also interviewed for the Tribune story.