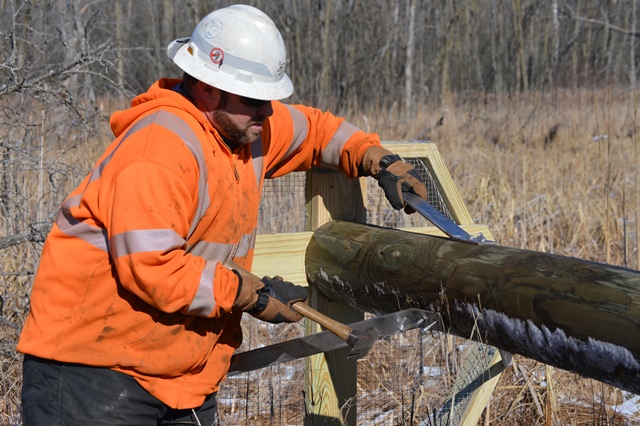 Ospreys require open nesting spaces with 360 degree visibility, often close to water, since their primary food source is fish. Most trees in Chicago aren't appropriate because they are too close to other trees and don't provide the birds with enough of a view to spot approaching predators. Friends identified this gap in natural structures and turned to artificial structures as a viable solution. A nesting platform placed on top of a tall utility pole is the ultimate home for an osprey couple. So far, Friends has installed three such structures along the Chicago River and plans to install more by 2017.

How do organizations like Friends create these artificial habitats? Read our step-by-step guide below.

Step 1: Location
We work with biologists from the Forest Preserves of Cook County to pick out the best possible locations for the nesting platforms. These occur in open areas along the river. Often, we favor sites where ospreys have already been sighted. 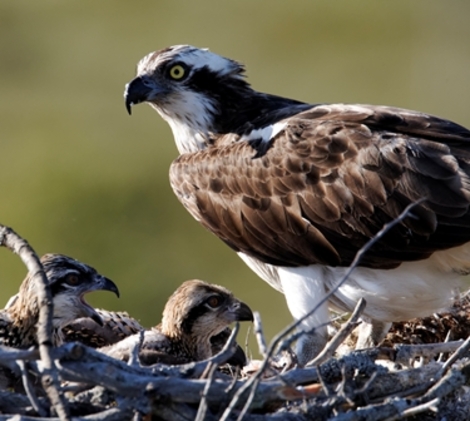 Step 2: Build a nest
Friends works with qualified craftsmen to build a large platform. The male osprey will place sticks on this platform, ultimately building a nest that will host two to four eggs. 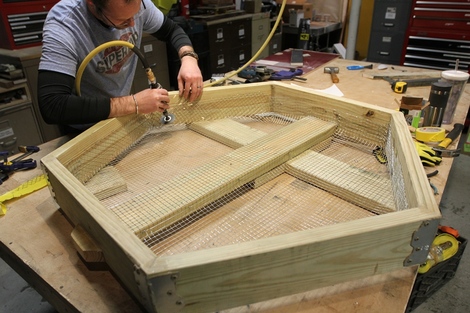 Step 3: Get a pole
Friends works with a utility company to supply and install the pole. The poles we use are 80 feet long, but the length depends on the surroundings: osprey will nest in shorter platforms if they have sufficient visibility. 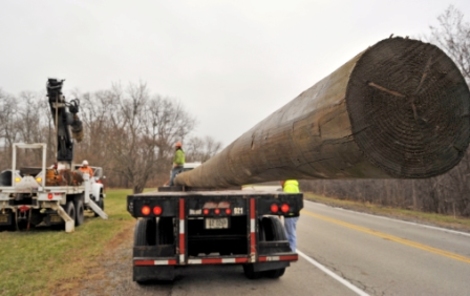 Step 4: Attach the nesting platform to the pole 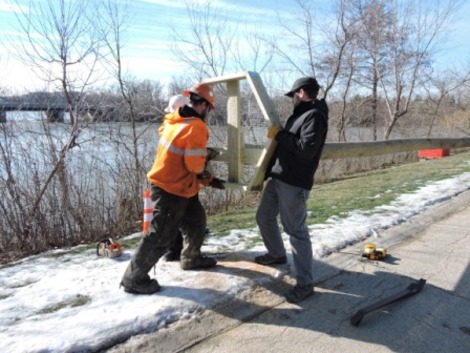 Step 5: Attach an eye bolt to the pole
This will ultimately be used by Forest Preserves of Cook County biologists to climb to the top of the pole to tag osprey chicks. 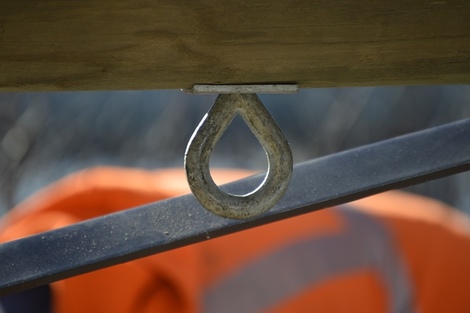 Step 6: Dig a hole
A hole for an 80 foot pole is about ten feet deep. A large drill is able to dig this hole with relatively little effort. 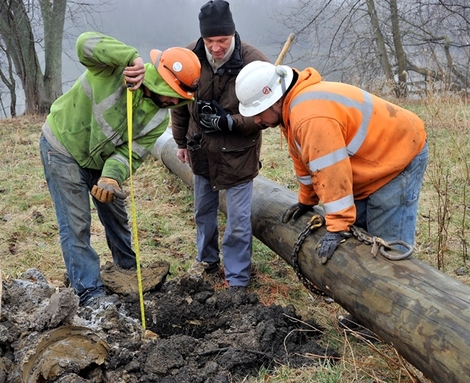 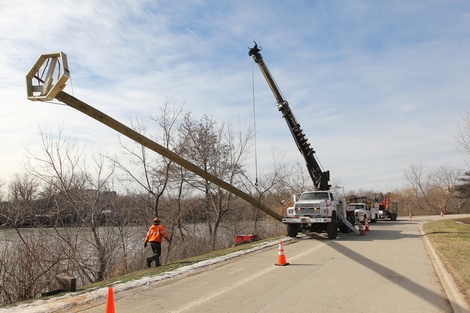 Step 8: Add a predator guard
The slippery aluminum collar keeps predators like raccoons from climbing the pole to eat eggs or young ospreys. 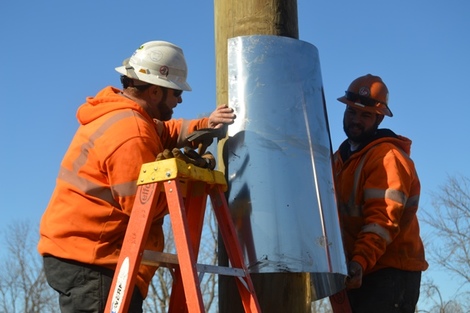 As of February 2016, Friends staff have already seen ospreys returning from their wintering grounds in South America. We hope to see the birds successfully nesting along the Chicago River system in the near future.