Friends Speaks Out Against Sky Ride 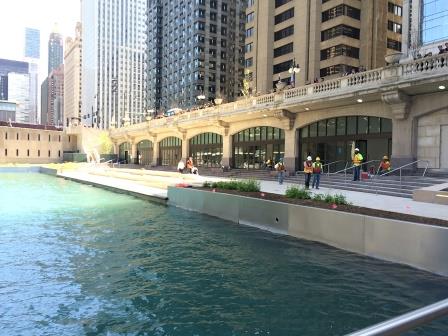 First proposed several years ago one of 82 ideas developed to boost tourism, the ride imagines 250 gondola cars moving 3,000 people an hour from Navy Pier to Lake Street and back again. Large pylons would be placed into the riverwalk and two stations would take up space at Columbus Drive and at the Riverbank where the giant deer sculpure was last summer.

After reviewing the project with our Planning Committee Friends' position is as follows:

"Someone told me that they saw the presentation to the City Club in 2016 on the full project of “big ideas” from whence the sky ride came. He called one of them a “firefly garden” which sounds much more romantic and sustainable to me," said Frisbie.