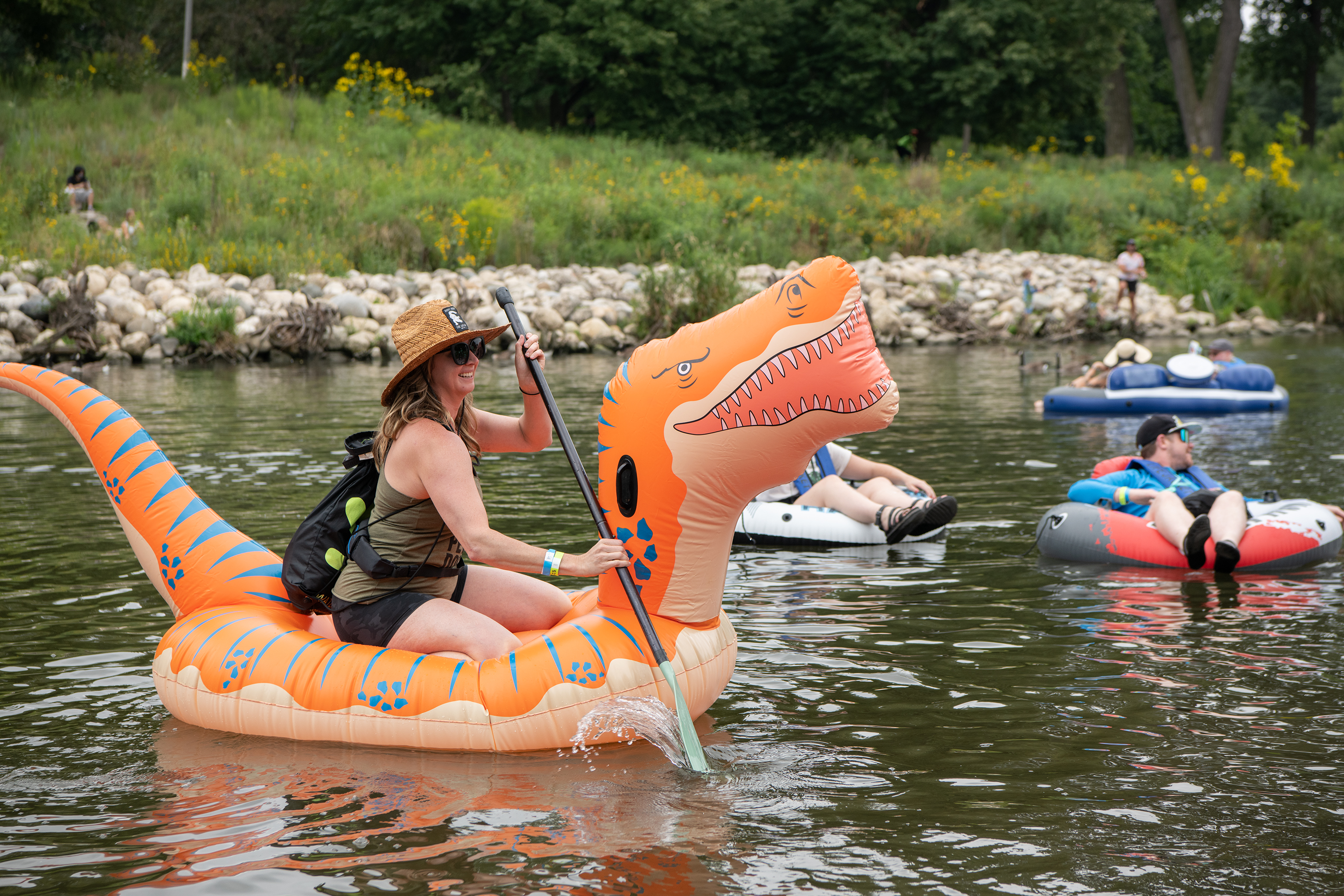 It was a unique and fun spectacle on the Chicago River August 14 as onlookers lined the riverbanks and bridges to cheer on hundreds of festive floats on parade for Friends’ Chicago Summer Float Party.

Dragons, unicorns, pink flamingos, and an 11-foot pool were just some of the colorful floats that meandered downstream on the North Branch from River Park to Clark Park.

In praise of the fun afternoon, one floater told CBS 2 news, “I appreciate the fact that they [Friends] do put forth such a diligent effort to clean up the river; to make it healthier, to make it more accessible for people to enjoy it, because it is fun to be on the water.”

Among the elected officials in attendance was Congressman Mike Quigley (IL-5) who enjoyed the water on a bright yellow duck float. Quigley told NBC 5 news that there was a time when people didn’t want to get near the river but “now we’re seeing its rebirth as an extraordinary natural and recreation asset.”

Neighbors along the North Branch cheered floaters from their docks including a boy in the Ravenswood Manor neighborhood who opened a dockside lemonade stand to serve floaters.

“We know that when Friends was founded in 1979 it would have been inconceivable to float down the river, but not anymore,” said Margaret Frisbie, executive director of Friends of the Chicago River. “Thanks to decades of hard work and advocacy the Chicago-Calumet River system is healthier and more accessible than it has been in over 150 years.”